“A multimeter measures electrical properties such as AC or DC voltage, current, and resistance. Rather than have separate meters, this device combines a voltemeter, an ammeter, and an hommeter. Electricians and the general public might use it on batteries, components, switches, power sources, and motors to diagnose electrical malfunctions and narrow down their cause.”(http://www.wisegeek.org/what-is-a-multimeter.htm#multimeter-isolated) 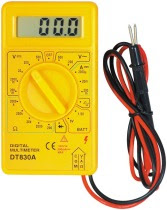 “Binary: Binary numbers are just “Base 2″ instead of “Base 10″. So you start counting at 0, then 1, then you run out of digits … so you start back at 0 again, but increase the number on the left by 1.

Decimal: To understand Binary and Hexadecimal numbers, it is best to know how Decimal numbers work. Every digit in a decimal number has a “position”, and the decimal point helps us to know which position is which.

It was an amazing experience. I learned so much, made new friends and had lots of fun. If I could come back every year I would. The amount of stuff I did in the past 2 weeks was incredible. I don’t regret coming and spending two weeks of my vacations here, I did what I liked, I had fun and enoyed it, more than I was expecting to. I seriously don’t want it to end and can’t wait to tell all my friends and family members how amazing this entire experience was.

We started the morning in the computer lab where we  worked on our blog. Later on we got with our project partners, did some research and planned how our poster would be. Me and myb partner had Probability. After having all the information we needed we made a quick draft on how it was going to look.

After break we worked on Arduino’s. My group and I were trying to decide whichone was our favorite project to show our parents. We chose  a pattern of LED lights which would light up in order. It was really simple yet fun. The final projhect worked perfectly.

After lunch we went back to the classroom where Laura and I worked on the final poster we were going to show our parents. It turned out really good. Once we finished we started our city planning we got together with our groups and decided how much money we needed to ask the bank, how much roads we where having, the different building etc.  It was a really FUN day!

Today we started the day off at the computer lab where we worked on the blog making some research and documenting what we had done yesterday. After break we worked on Arduino’s where me and my group created various circuits. We where able to make really cool stuff with the LED’s. After lunch we got back to the classroom where we  worked once again in the Adjacent Matrix and Karnaugh Maps. We fini9shed the day planning

out our city “NyanVille”. My group will be making the Airport, the bank and the police station.  It was a really fun day.

2-You used 2 chips yesterday. What is the name of the 2 chips that seem most like the ones you used yesterday?

3-What is a truth table?

“A truth table is a mathematical table used in logic—specifically in connection with Boolean algebra, boolean functions, and propositional calculus” –http://en.wikipedia.org/wiki/Truth_table

“De Morgan’s laws are a pair of transformation rules that are both valid rules of inference. The rules allow the expression of conjunctions and disjunctions purely in terms of each other via negation.

The rules can be expressed in English as:

-The negation of a conjunction is the disjunction of the negations.

-The negation of a disjunction is the conjunction of the negations.” –http://en.wikipedia.org/wiki/De_Morgan’s_laws

“Ohm’s law states that the current through a conductor between two points is directly proportional to the potential difference across the two points. Introducing the constant of proportionality, the resistance, one arrives at the usual mathematical equation that describes this relationship” –http://en.wikipedia.org/wiki/Ohm’s_law

6-What is double implication?

7-What is an adjacency matrix?

“In mathematics and computer science, an adjacency matrix is a means of representing which vertices (or nodes) of a graph are adjacent to which other vertices. Another matrix representation for a graph is the incidence matrix.” –http://en.wikipedia.org/wiki/Adjacency_matrix

We started the day in the classroom where we saw bollean algebra. At first it was really complicated but after doing it over and over again everything started to make sense.

After break time logic gates and Demorgan’s law, we used and, or & not gates to understand how a computer works. We finished the day working in the Arduino’s where we used what we learned through the day to make some  circuits using the computer chips. It was a very challenging and interesting day!

In the morning we worked on the blog, checked out our classmates blog and gave feedback. After break time we started working on our Arduinos, we learned the different parts and their functions. We finished the day by actually making the Arduinos and starting to set things up. It was a very entretaining day.

If you would like to know more about arduinos and what they are check my previous post.

“An assembler is a type of computer program that interprets software programs written in assembly language into machine language, code and instructions that can be executed by a computer.It enables software and application developers to access, operate and manage a computer’s hardware architecture and components.It’s is sometimes referred to as the compiler of assembly language. It also provides the services of an interpreter.” (http://en.wikipedia.org/wiki/Graph_coloring)

“Arduino is a tool for making computers that can sense and control more of the physical world than your desktop computer. It’s an open-source physical computing platform based on a simple microcontroller board, and a development environment for writing software for the board. Arduino can be used to develop interactive objects, taking inputs from a variety of switches or sensors, and controlling a variety of lights, motors, and other physical outputs.”(http://arduino.cc/en/Guide/Introduction)

Graph coloring is a different way of graph labeling, it is a way of coloring the vertices of a graph such that no two adjacent vertices share the same color. In class we made a South America graph, the objective was to try to use the lease colors posible. I used 4 colors.

This is a simpler example of what we were asked to do.

We began the day at the Computer Lab where in groups we worked to make an interactive animation programming with processing. My group and I decided to make a bomb which follows your mouse and expldes when clicked. We continued the day by making some hexaflexagons which was not easy at all. Hexaflexagons are hexagons that flex!  We finished the day playing tangram where we all made different animals.

The term “pixel” is actually short for “Picture Element.” These small little dots are what make up the images on computer displays. We use pixels because that way computers can remember what an image looks like.

2- What is a compound probability? What is the equation?

A compound probability is the likeliness of two independent events occurring. To find it out we use p(A or B) = p(A) + p(B) – p (A and B)

3- Give an example of a mutually exclusive compound probability.

What is the probability of fliping a coin twice and getting head both times?

A Venn diagram or set diagram is a diagram that shows all possible logical relations between a finite collection of sets.

A hexaflexagon (also called a kaleidocycle) is a folded geometric figure that can be “flexed” to expose many sides. This craft is a 3-D hexaflexagon, made of six tetrahedrons